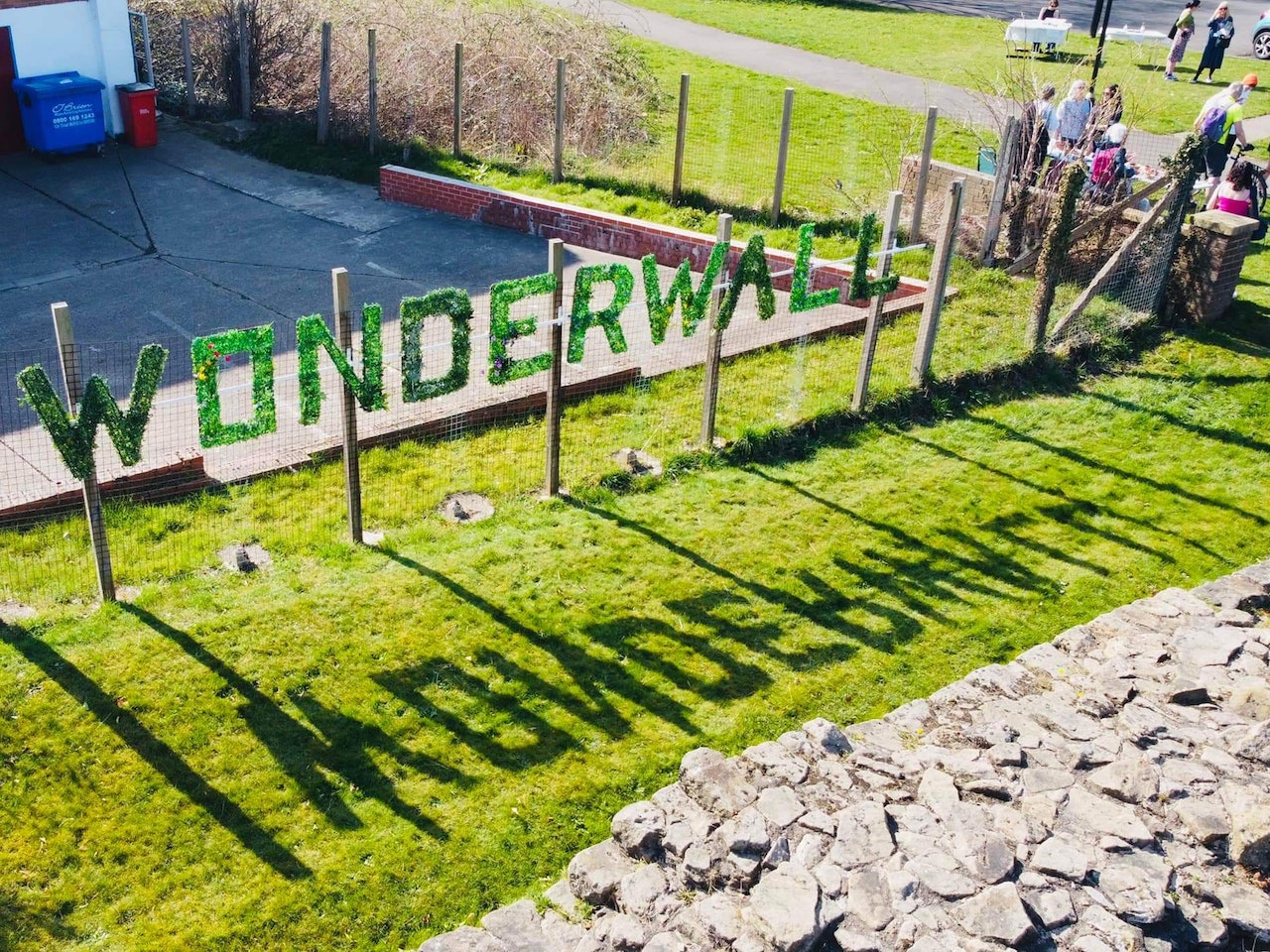 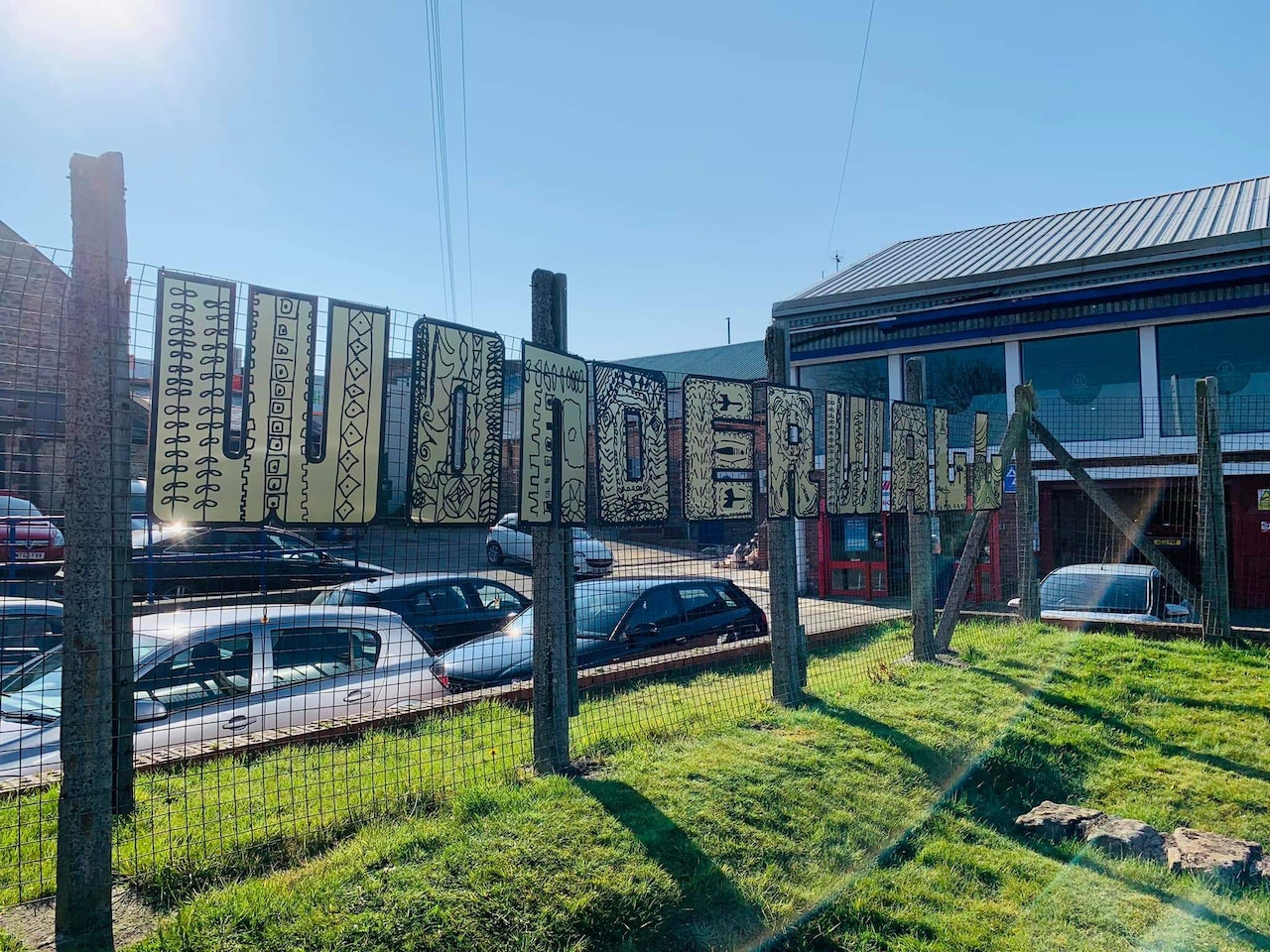 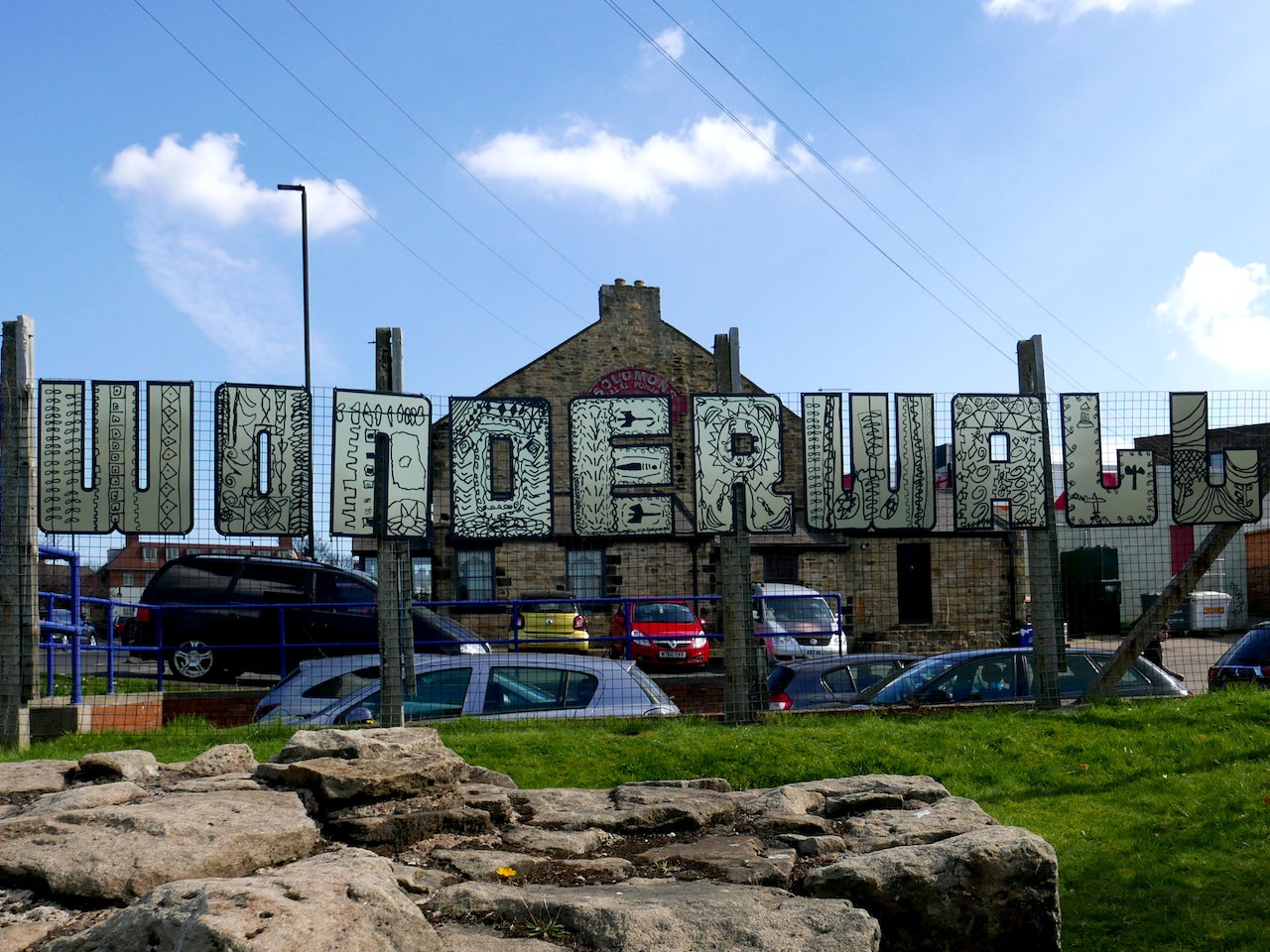 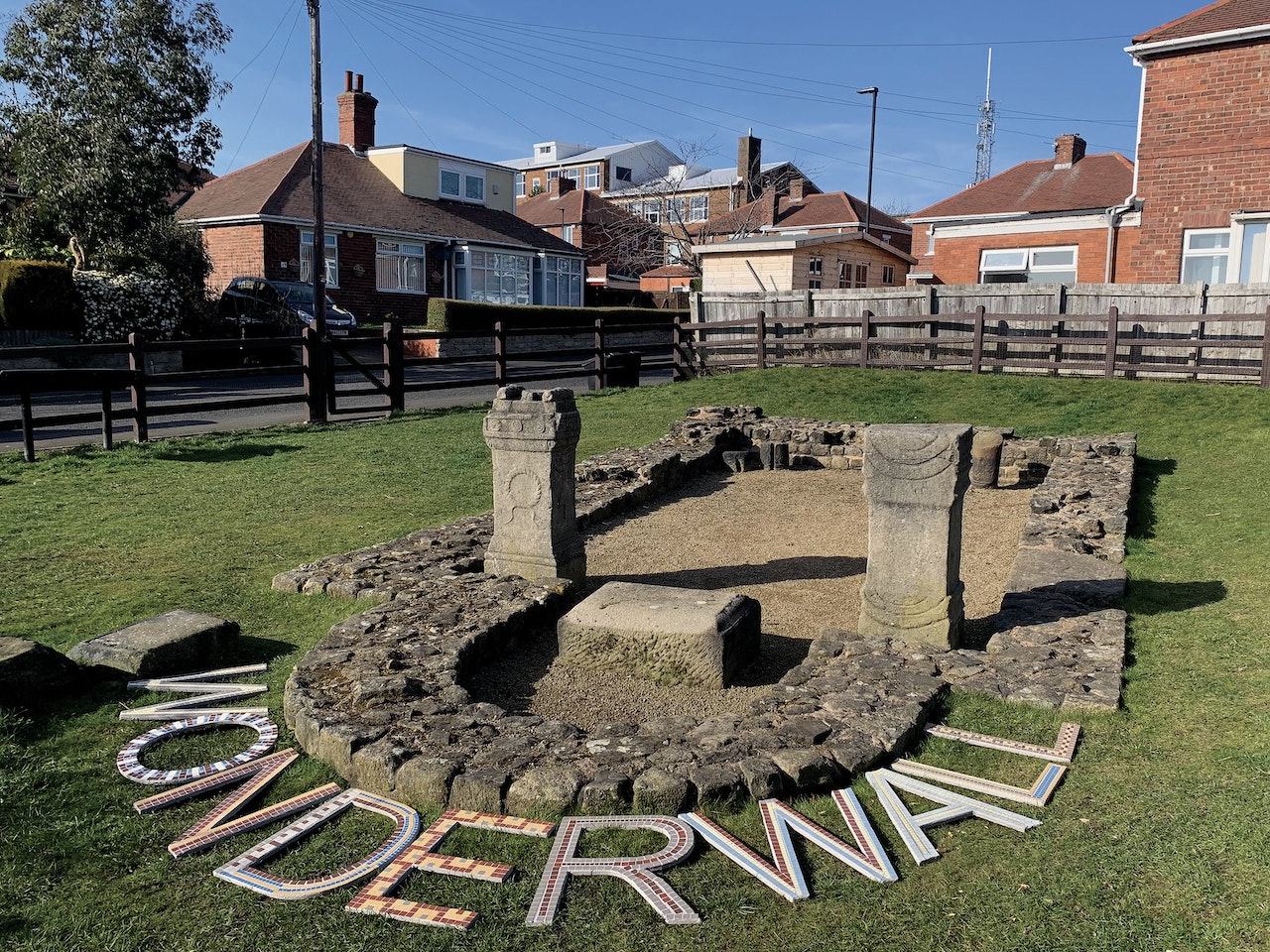 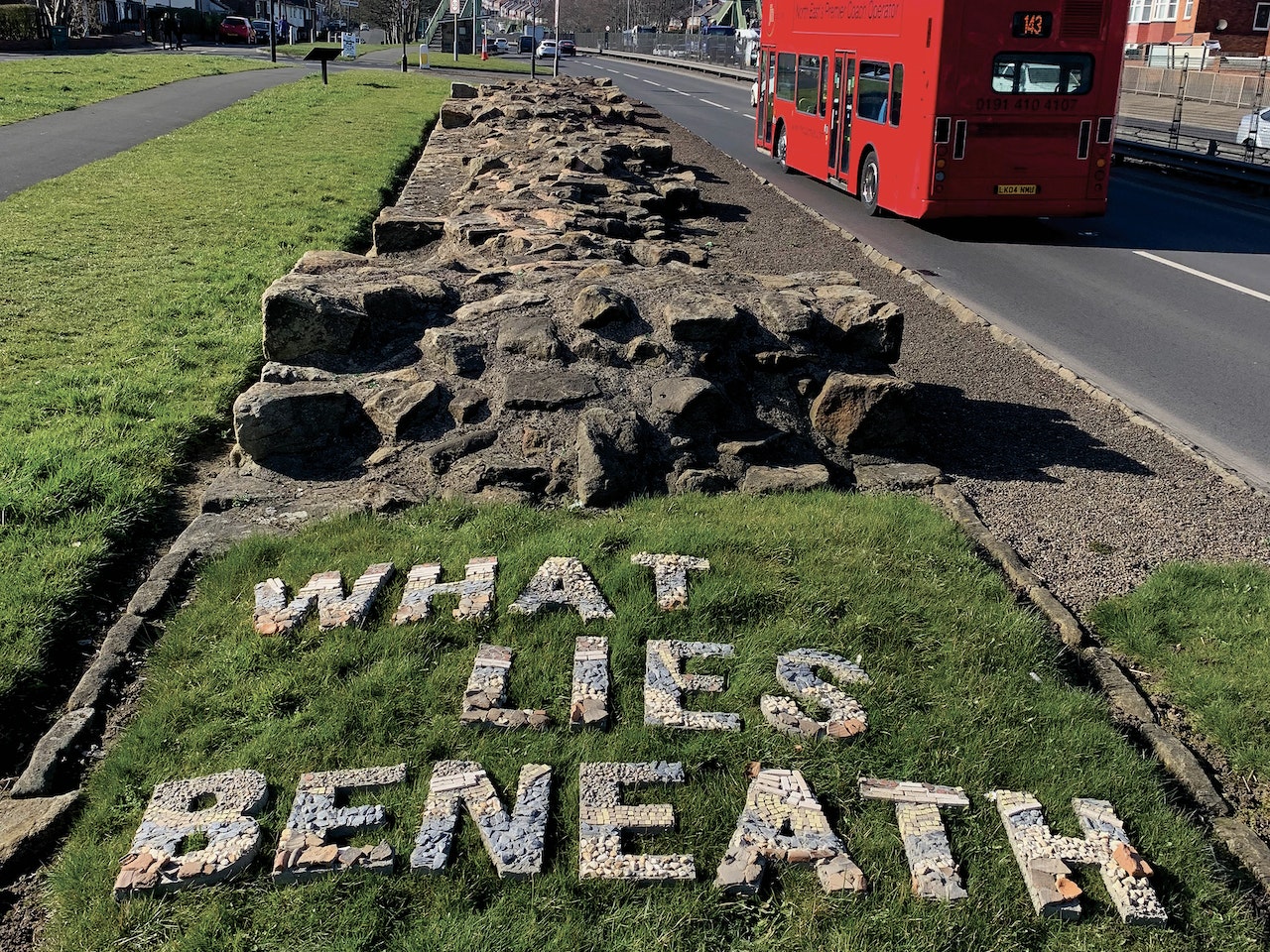 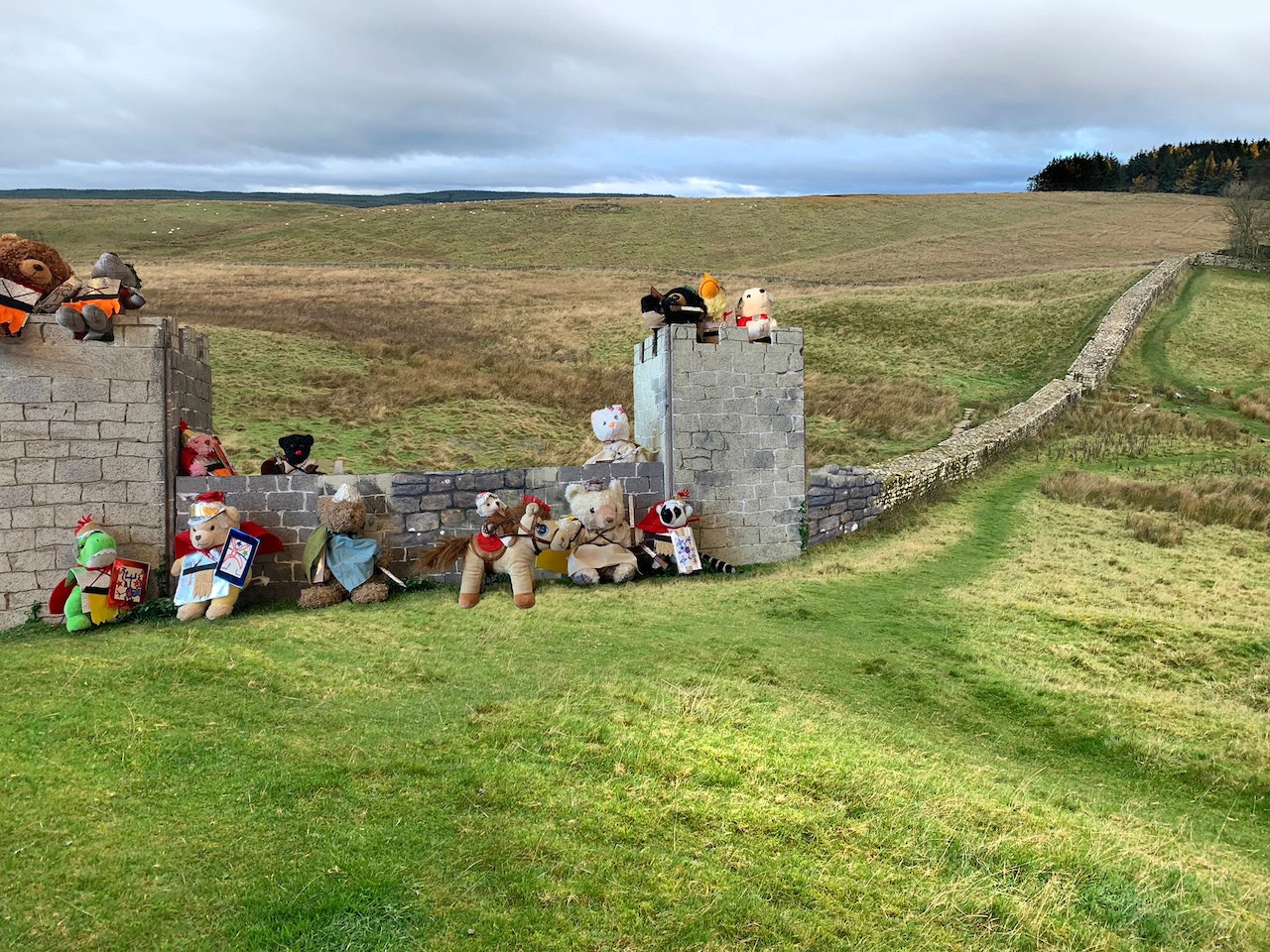 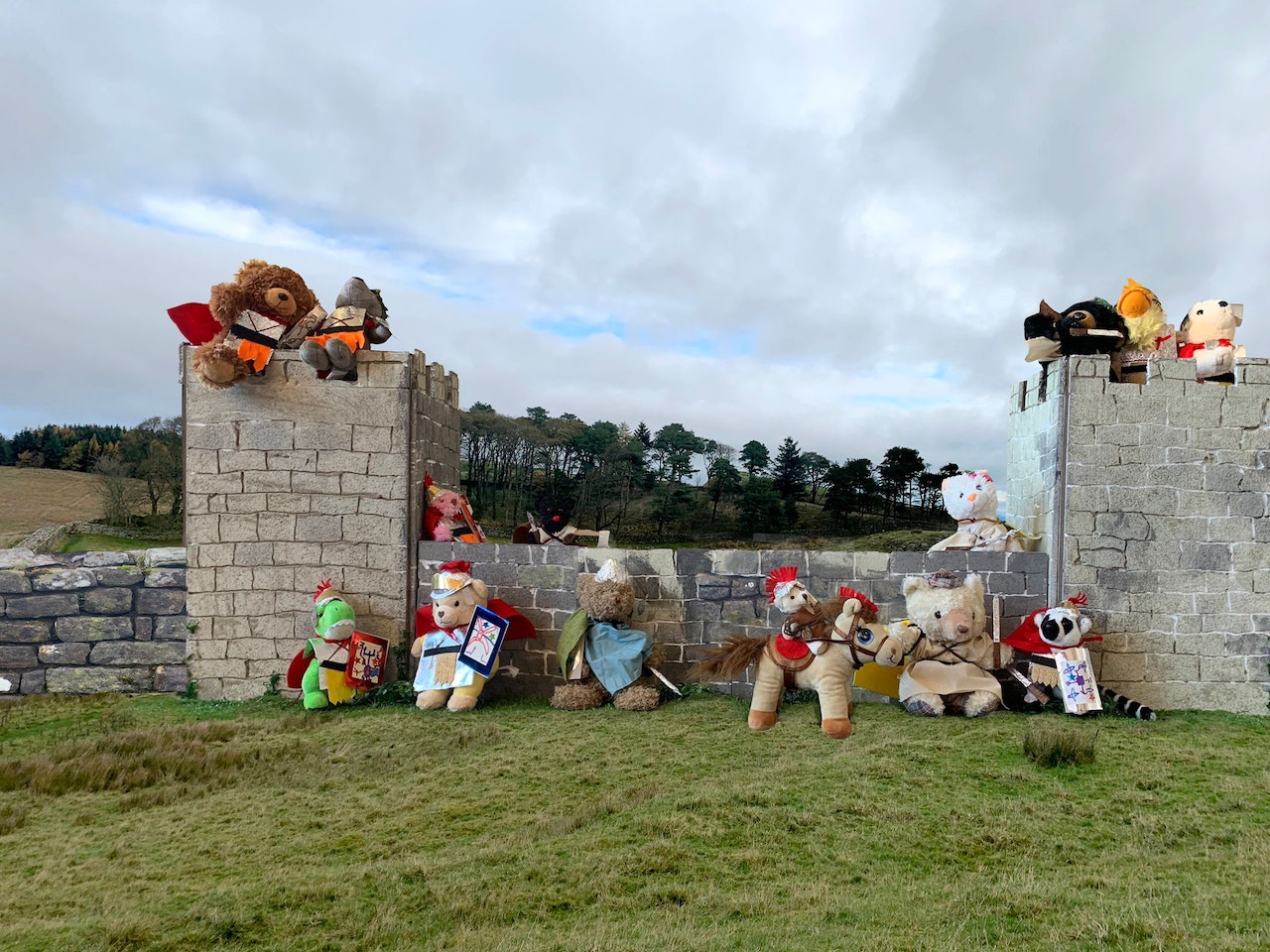 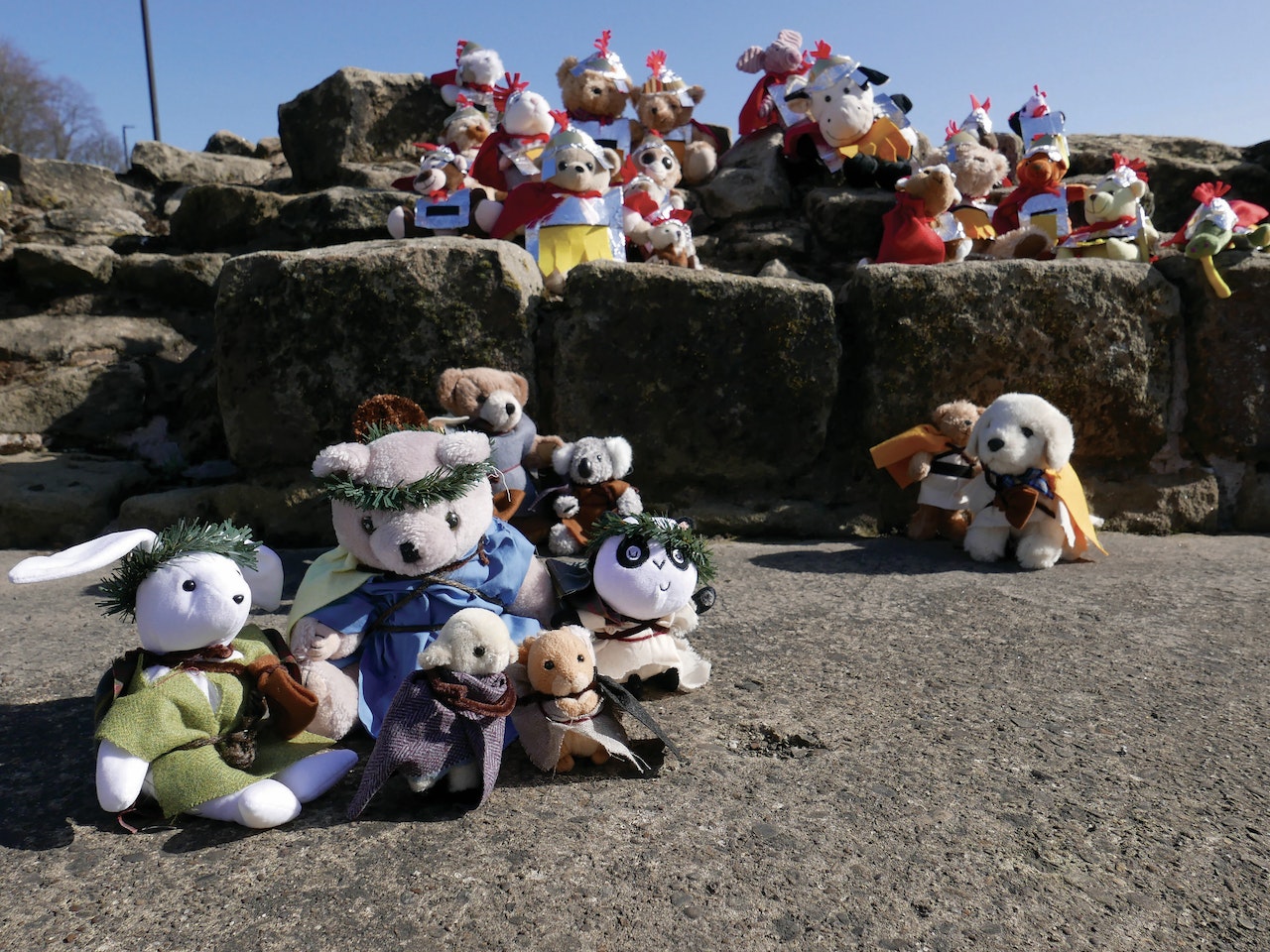 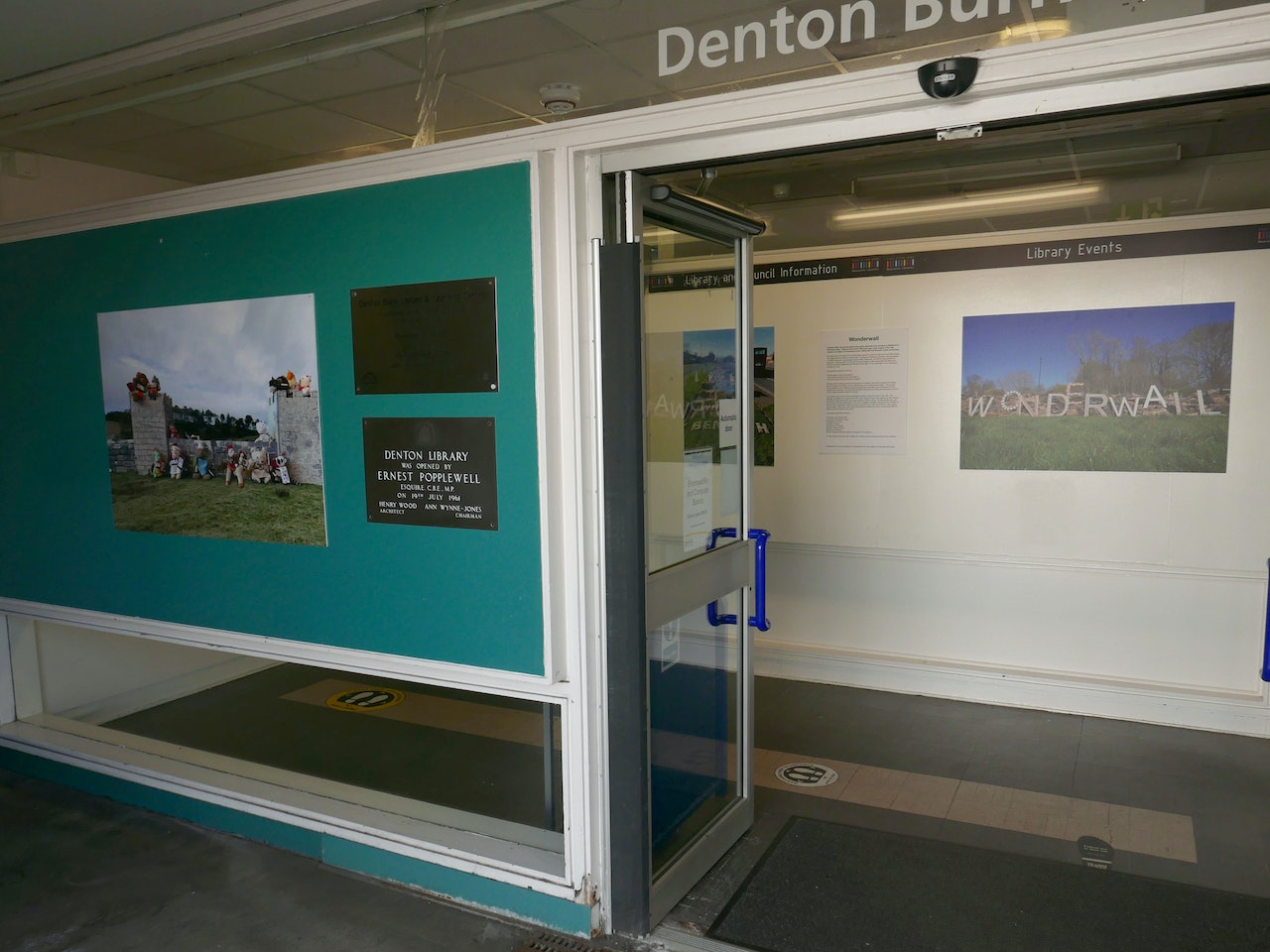 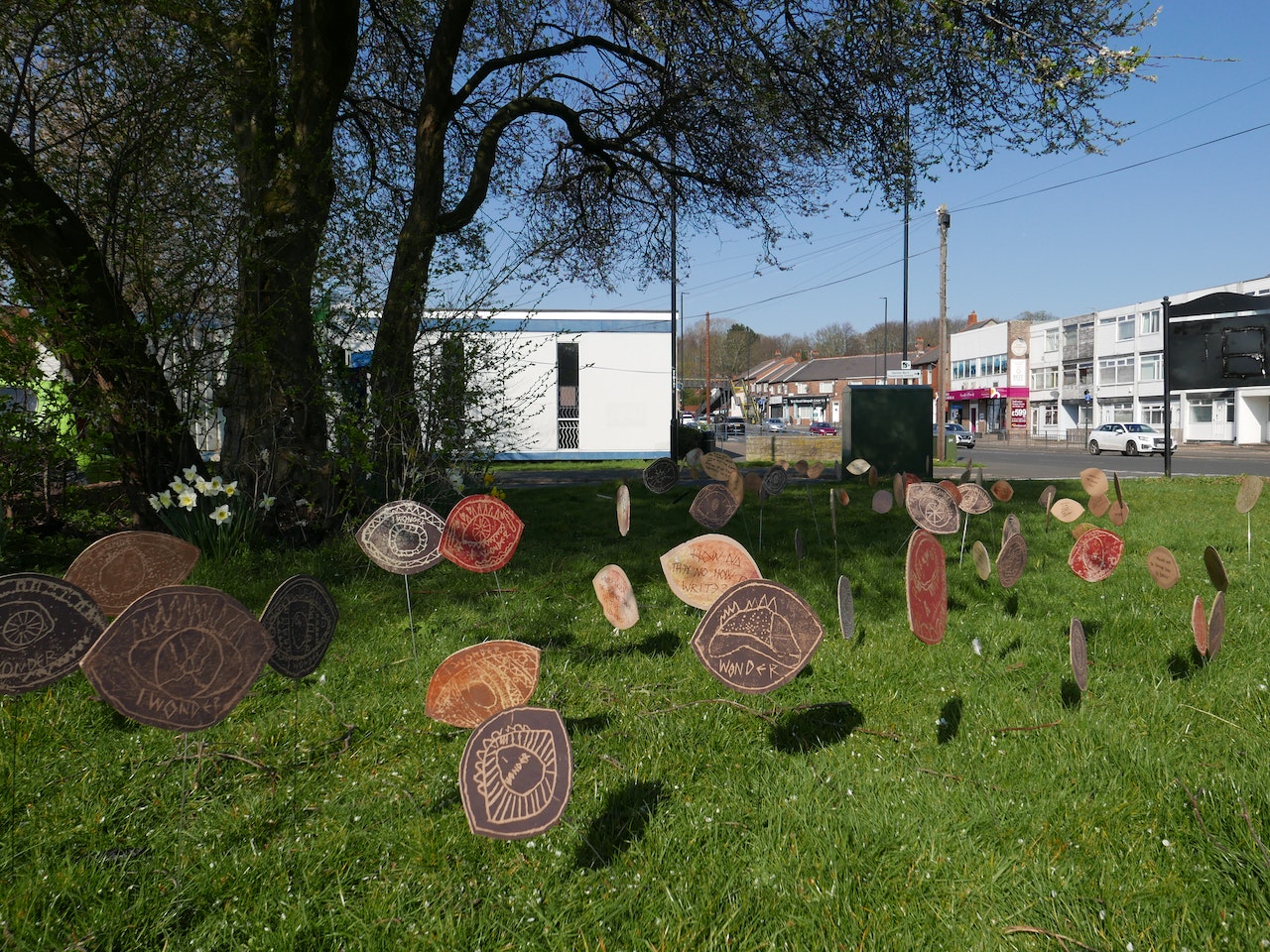 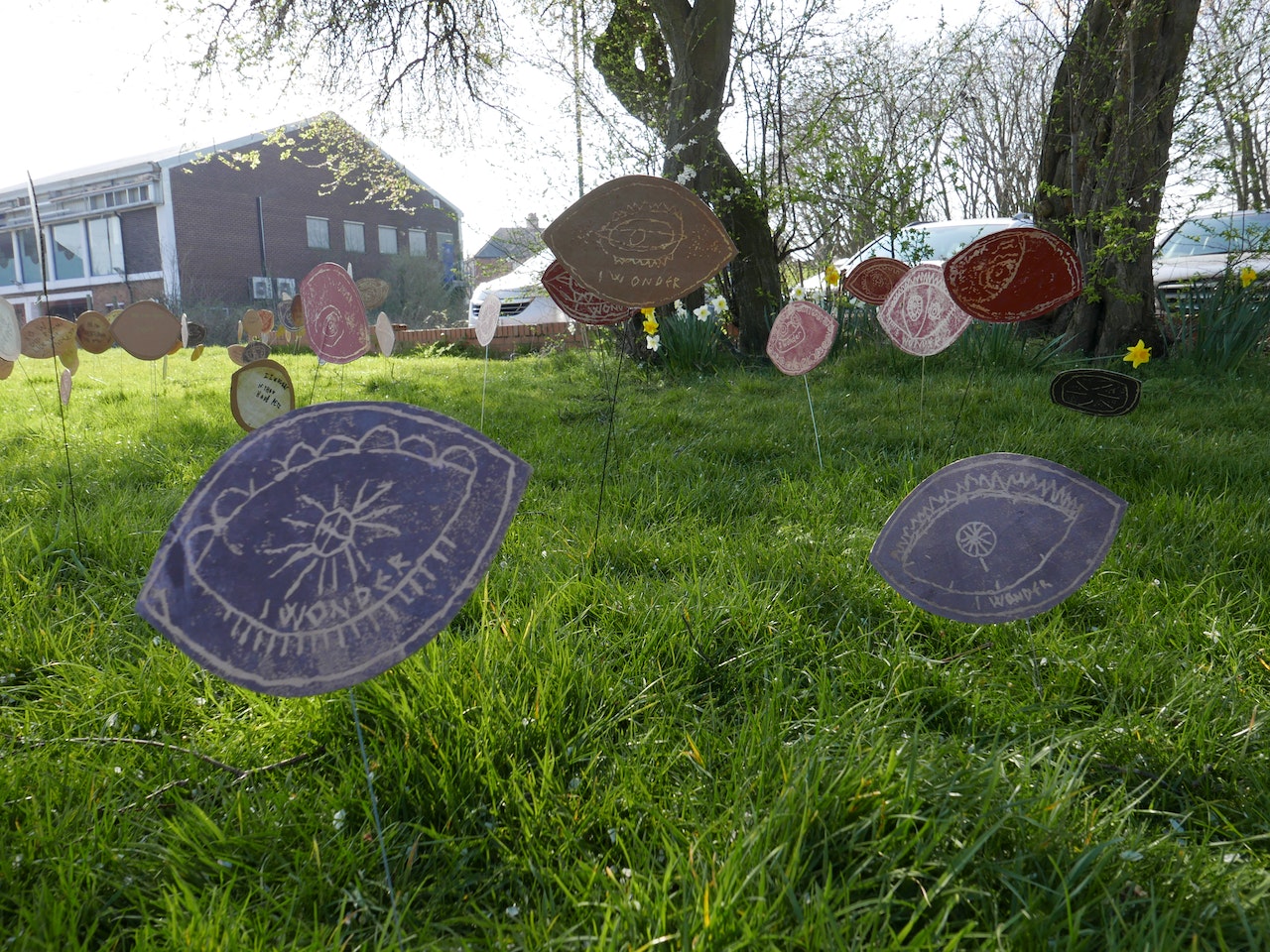 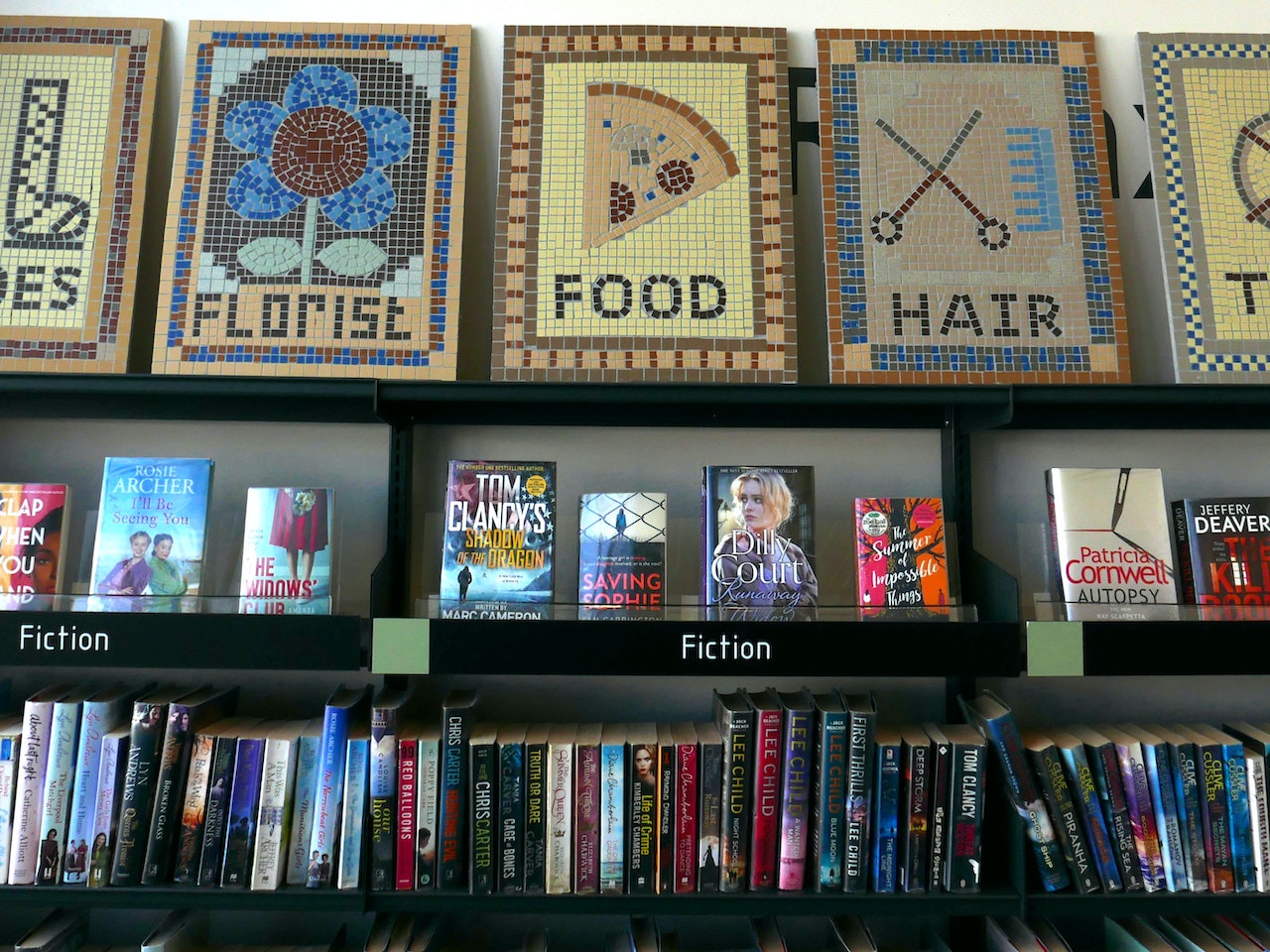 Hadrians Wall, famous throughout the world, conjures up images of dramatic scenic landscapes and rolling hills as it cuts through the Cumbrian countryside. But in the West End of Newcastle, along the route of what now is the West Road, the original Roman Wall can be seen in a rather different urban setting.   Emerging in-between suburban housing estates or nestled between a tyre garage and an Indian restaurant, the Wall proudly asserts its presence.

‘Wonderwall’ is a 6 month long art residency with artists Sally Southern and Nicola Lynch that celebrates the ‘Wonder of the Wall’; on our doorstep, in our backyards, beneath our feet.  We pondered questions such as:

“Where have all the stones gone?”

“How did the Romans brush their teeth?”

“Did the Romans know dinosaurs existed?”.

Working with 6 schools and the community of Throckley Community Hall, the artists explored the history and the magic of the Wall, and the significance of it to local people today. The artwork draws attention to the different sites and generates awareness and enthusiasm for this amazing bit of history. The large Wonderwall sculptures have been photographed at some of the unusual locations around the area.

The mosaic signs look at the businesses and shops along the route of the wall. The signage, recreated in a traditional Roman craft, brings old and new together as the children looked into what businesses may have existed in Roman times. We discovered that, yes, the Romans did have takeaways! The photo collages of teddies dressed by the children as Romans and ‘barbarians’ was a fun way to examine how walls can divide but also create communities. What was it like when the Romans invaded and which diverse and different places were the Roman army from?

History Chest for all their support throughout the residency.

A huge thanks to Denton Burn Library for hosting school activities and the final exhibition.

WONDERWALL WAS COMMISSIONED AND FUNDED BY NEWCASTLE ARTS DEVELOPMENT TEAM